Re-distributing gender in the global film industry: Beyond #MeToo and #MeThree 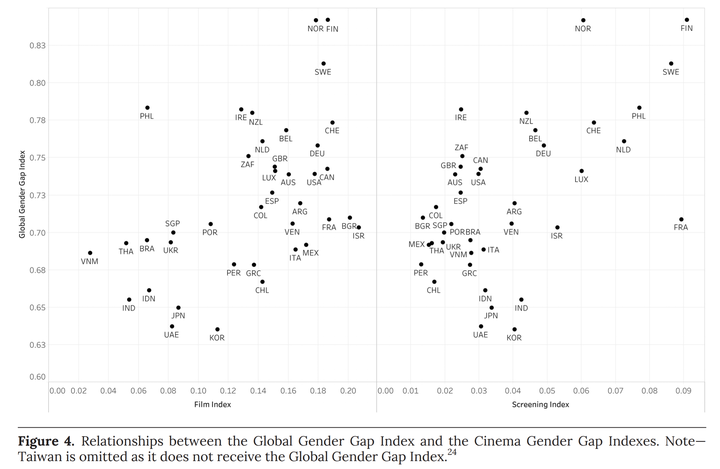 This article draws on a big cultural dataset of over 130 million global screen times to consider the impact that the gender of a film’s director has on the screening prevalence and geographic spread of new release feature films at the cinema. We compare results based on film screenings between December 2012 and May 2015 across a set of forty countries including the United States, France, Germany, Australia, Japan, India, and Brazil. This research is timely in light of renewed attention given to sexism and gender discrimination in the film industry. Rather than focus on the statistical paucity of women in production teams, where discrimination acutely diminishes workplace opportunities, our analysis instead focuses at the other end of the spectrum and identifies gendered patterns in film screenings across the globe. We correlate our findings to the social gender gap analysis undertaken by the World Economic Forum. We hope the research may be used as evidence to support nuanced policy innovations that can result in greater gender equality in the film industry and society more broadly.