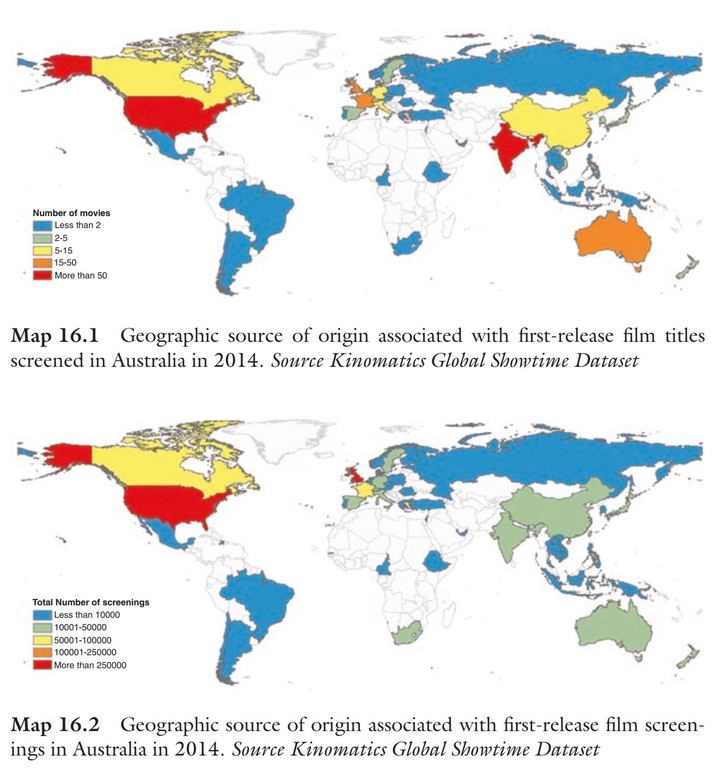 Like in much of the world, cinema screens in Australia are dominated by feature films from the US. Drawing on the Kinomatics Global Showtime Dataset, a big cultural dataset of cinema screenings, this chapter considers the diversity of films screened in Australian cinemas by examining not only the broad range of film titles on offer, but also what titles cinemagoers have practical access to, represented by films’ screen-shares. Results of this analysis reveal that despite substantial growth in the volume of first-release feature films on Australian cinema screens, for most cinema audiences, this has not translated into an increase in the diversity of films viewed, since the onus for the provision of diversity rests with smaller cinemas that do not belong to major chains.